What is TUG flap? 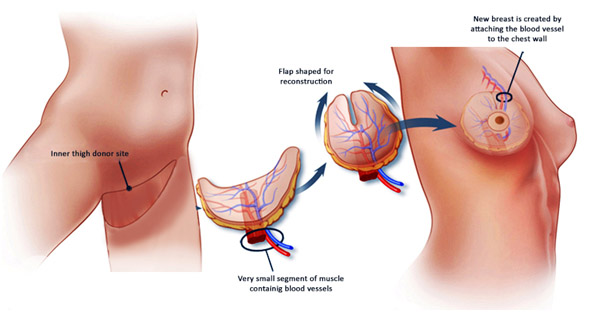 The skin and fat along the upper inner thigh is taken along with gracilis muscle and it’s blood supply to constitute the Transverse Upper Gracilis (TUG) Flap. This flap is widely used for breast reconstruction.Gracilis is one of the many muscles in the inner thigh which is responsible for bringing the thigh towards the centre. As many muscles in the thigh can do the same action, taking this muscle leaves no functional problems. The skin and fat look like a “ melon slice” which can be made into a cone shape to form a soft and shapely breast. The peak of the cone becomes the nipple. The blood vessel accompanying the flap is then connected to the blood vessel in the chest by advanced microsurgery to form a nice breast of a good shape. 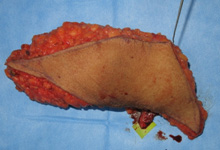 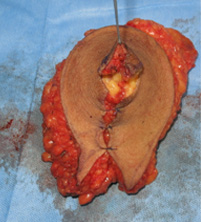 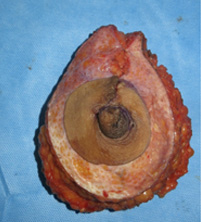 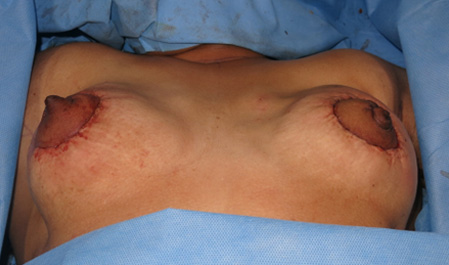 For a patient who had breast cancer both sides, the breasts were removed both sides ,TUG flaps along with primary nipple reconstruction was done on both sides to make it look like breasts 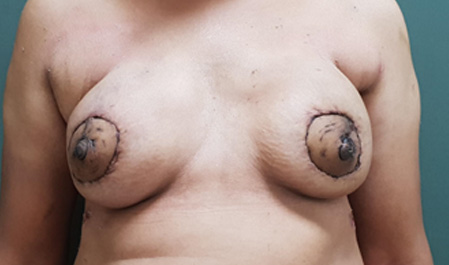 
When is TUG Flap preferred for breast reconstruction?

DIEP flap is usually considered as the gold standard method of breast reconstruction wherein we take the excess skin and fat from the abdomen to make a breast. This is because of the versatility of the flap and favourable donor site.TUG flaps are usedfor breast reconstruction for the following reasons

What are the advantages of TUG flap?

Can breast reconstruction with this flap be done while removing breast cancer?


Breast reconstruction with the TUG flap is ideally done during the same sitting as the removal of the breast cancer. When the reconstruction is done together with the removal of the breast cancer, most of the skin can be preserved if it has not been involved with breast cancer and can give a good result for breasts with a small volume. It can also be done in a delayed sitting. However, as the skin is not preserved, we may have to use TUG flaps from both sides to give a breast of a good shape.


What is done during the preoperativeassessment?


Before the operation, we evaluate the status of investigations and treatment of breast cancer. If the patient had not been evaluatedearlier, we do the necessary investigations for breast cancer. We would then assess the volume, ptosis, size of the breast and the donor sites for autologous reconstruction like the thigh, abdomen and back. We may take a CT Angiogram to know the position of the vessels. We would then discuss with the patient and her relatives about what needs to be done for breast cancer, how we can reconstruct the breast the best way and answer any doubts that the patient and her relatives may have.


What could be the complications of TUG flap?