Locally advanced breast cancer means that the breast cancer is quite large in size and has spread to the adjoining lymph nodes, muscles or skin. It has however not spread to the other sites in our body such as the lungs, liver or the brain. This is the most common presentation of women in India.


Is this LABC survivable?

With modern treatment options many patients do well and survive for a long period of time.


How are patients with LABC diagnosed?


How is LABC treated?

To contain the spread of the tumour and to make it smaller, patients with LABC are treated with chemotherapy. The medical oncologist decides upon the chemotherapy regimen that you need to take and the number of cycles depending upon the biopsy report and the general condition of the patient. This is called neoadjuvant chemotherapy wherein the chemotherapy is done before the surgery. After finishing chemotherapy, surgery is done to remove the breast cancer and reconstruction can be done in the same operation as that of the removal of the breast. The patient would then need radiotherapy after the removal of the cancer. Depending upon the presence of the endocrine receptors, hormone therapy is started after completion of radiotherapy.


What is the surgery done for LABC ?

Surgery for LABC is divided into


The surgeon will examine the patient and will discuss with the patient regarding the correct procedure to be done for the patient. 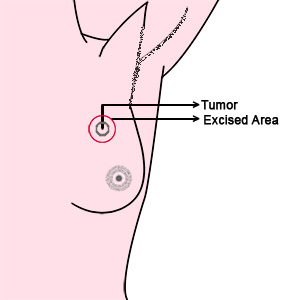 After neoadjuvant chemotherapy if the size of the tumour has reduced considerably and if the breast also does not have any other lesions such as DCIS or other tumours, then the breast lump alone can be removed with a small margin of normal tissue. The patient would definitely need radiotherapy after this procedure. 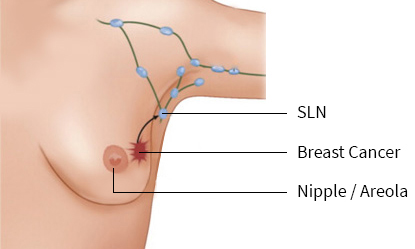 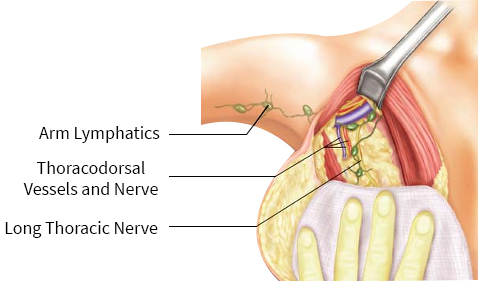 In this operation most of the lymph nodes in the axilla are removed.

Reconstruction of the breast

Most patients undergo mastectomy or removal of the breast. This is because of the large tumour size and multifocal tumours. Breasts can be reconstructed from the same time. As patients with LABC usually need radiotherapy, patients would need reconstruction with thepatient’s own tissues. There are several methods of breast reconstruction of which DIEP ( Deep Inferior Epigastric Artery Perforator) flap is considered the gold standard means of reconstruction. Here the skin and fat below the umbilicus is taken along with the blood vessel that supplies it and is connected to the blood vessel in the chest or axilla by microsurgery and this is shaped to form a new breast