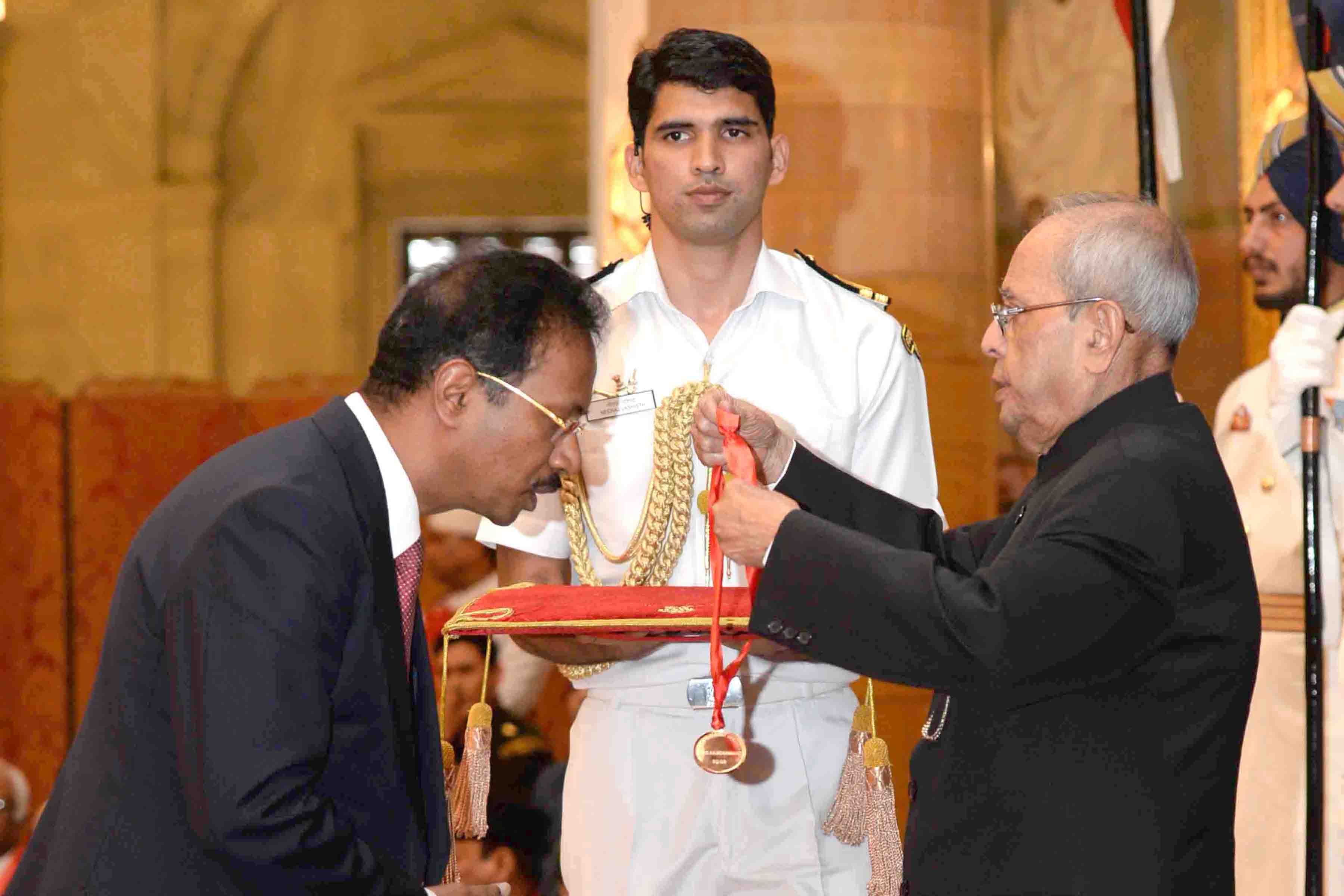 "The Hari Om Ashram Award is a premium award for the best medical research in the country and is given for an original Research work done in India that has a great impact in the practice of medicine. The award was given to Dr Rajasekaran for his research in lumbar disc biology, probing into oxygen and nutritional transport into the disc. Reduction of nutritional pathways to the disc is considered to be the most important cause for low back pain, the most serious musculoskeletal disorder in the world. Dr S Rajasekaran and his team also documented for the first time in world literature the possibility to improve nutritional transport pharmacologically by the use of calcium channel blocking drugs. This has tremendous potential for improving the health and function of the disc and to reduce the incidence of back pain. The President of India, Shri Pranab Mukerjee in a grand function held in the Rashtrapathi Bhavan in New Delhi on 28th March, 2017 awarded the prestigious Hari Om Ashram Alembic Research Award . This is the second time that Dr S Rajasekaran and his team are getting this prestigious award."